All waterways and bodies of water are subject to flooding - a condition that occurs when the volume of water exceeds the capacity of the waterway channels or when tidal waters are pushed inland by coastal storms:
The Prince George's County Department of the Environment (DoE) recognizes and manages riverine flood hazard areas that are designated in 2 ways:

The 1st Flood Insurance Study and FIRM for the county were dated August 4, 1972 and prepared by the U.S. Department of Housing and Urban Development (a precursor agency to FEMA). Since that time, updates to the FRIM have been completed. The most recently revised and reprinted map panels are dated September 6, 1996. Also, note that FEMA published a preliminary county-wide FIRM for the county on September 16, 2016.

Starting in the 1980s, DoE began to obtain state grants and use county funding to prepare more up-to-date watershed studies to delineate floodplains. The county's studies and maps, prepared with detailed base map data and detailed engineering models, account for future watershed development. They also are the basis for the state’s regulation of nontidal waterways. Watershed studies have been prepared for the following bodies of water: 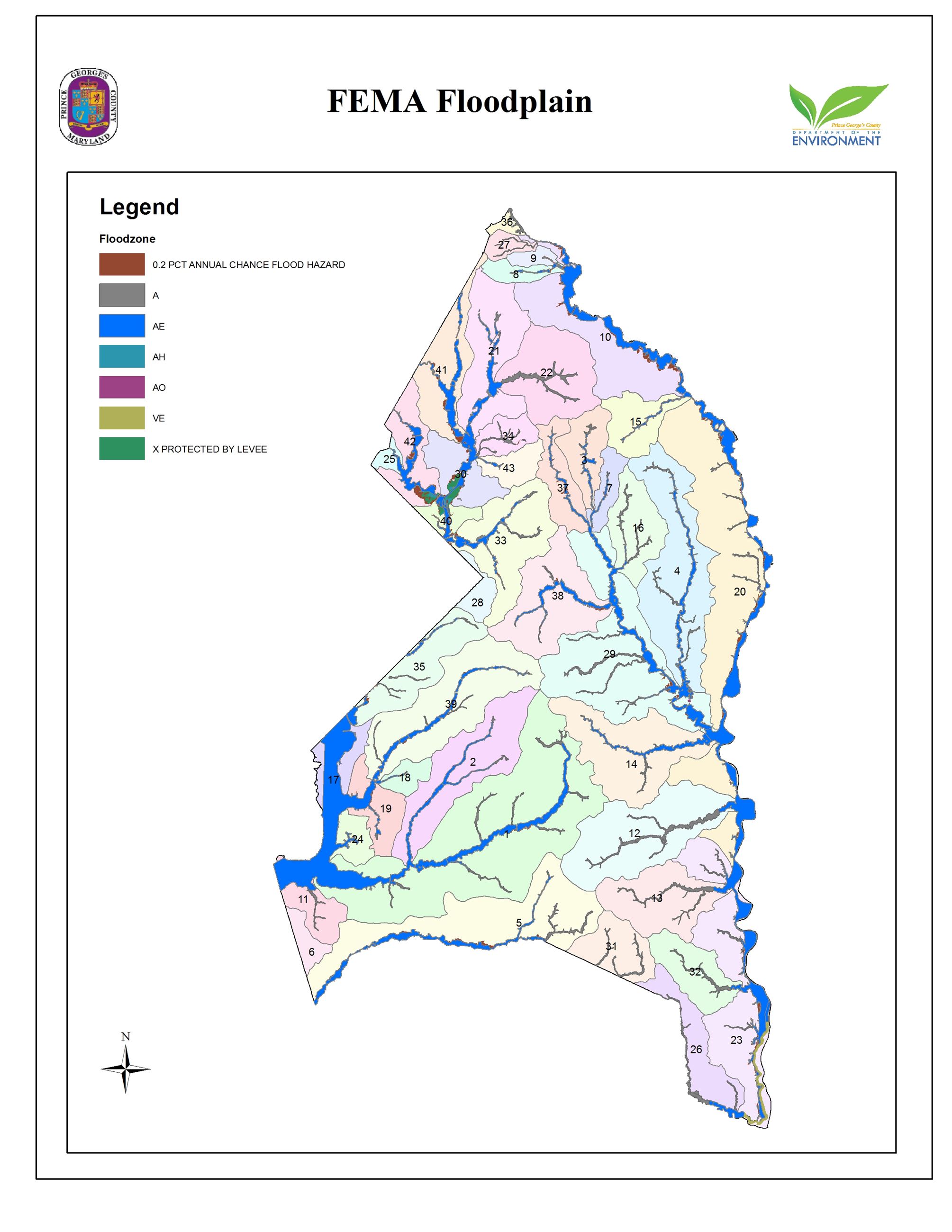 Prince George's County has experienced some riverine and stream flooding in recent decades, although sound management of flood hazard areas and construction of flood control projects has reduced potential losses. Notable riverine and coastal flooding has occurred several times since 1933.


The Legacy of Tropical Storm Agnes

Leaving behind more than $10 million in damage in Prince George’s County and the City of Laurel, Tropical Storm Agnes moved through the area on June 21-22, 1972. Newspaper reports described the aftermath: