Who is Gladys Noon Spellman? 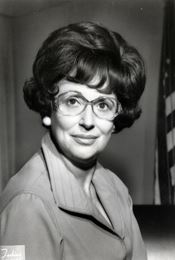 In 1974, she was elected to the United States Congress where she was instrumental in sponsoring legislation to prevent discrimination based on marital status and prohibiting discrimination against the handicapped and elderly.

Ms. Spellman was a celebrated public servant of Prince George’s County for more than two decades. Both a Public Service Award and a Scholarship are given to recipients during the County’s Women’s History Month Luncheon (WHML).

The Prince George’s County Office of the County Executive presents a scholarship in memory of Congresswoman Spellman.